February 28, 2015
It seems she is one of the most loved teen start we have at the moment since I never saw a celebrity getting red roses from her fans, Demi Lovato reached at London airport and she reportedly was presented some rose by her fan and she pleasantly accepted those beautiful red roses, even though she is dating Wilmer Valderrama, but she still feel thrilled when she got flower from her fans.
Demi Lovato with Red Roses looked pretty charming and happy. She seems pretty happy and glad with her fans and The 21 years Demi Lovato who is reportedly dating actor Wilmer Valderrama, looked thrilled as she received such a cute and adorable gift from her fan and she looked all smiley and glowing with the inner happiness with delight to get rather romantic floral gift from fans in London on Sunday. 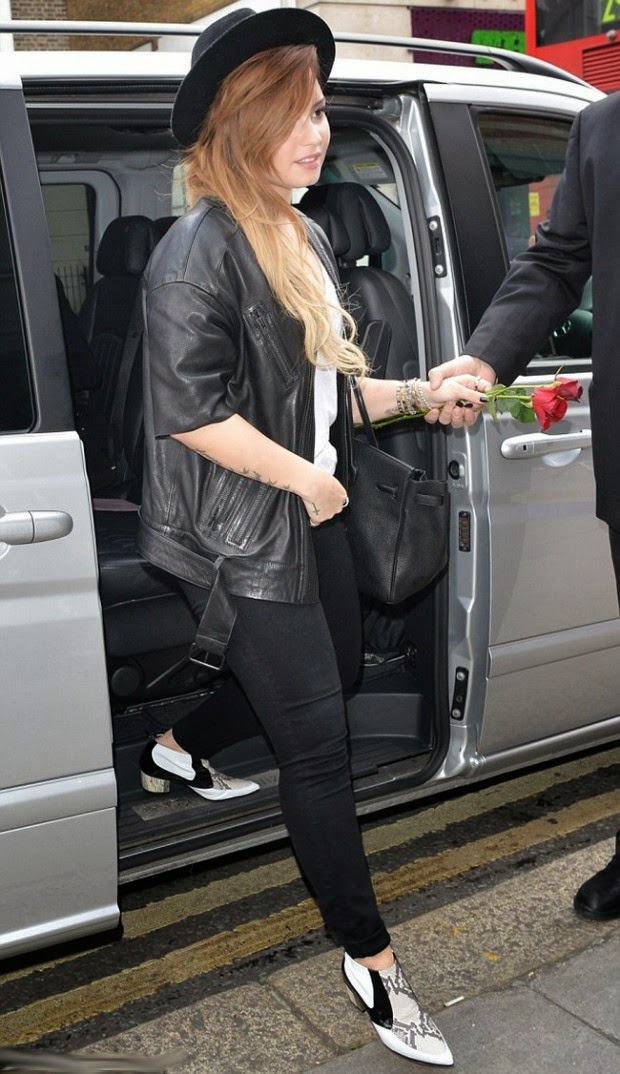 The 21-year-old pop star Demi Lovato was holding two long stemmed roses while leaving her hotel and she was holding them all the time while she came out of the car too, she was surrounded by young fans and they were very excited to see their favorite singer and judge of reality show looked particularly beautiful and happy as she walked with her beautiful black outfit, she was wearing black from head to toe except her cuter V necked white vest she was wearing with her black leather jacket.
She looked classy and trendy in her black leather jacket with elbow-length sleeves teamed with black jeans and a white V-neck shirt and she looked super chick with her black top hat, round sunglasses, and pointed-toe alligator, black, and white ankle boots with two-inch heels, she has grow pretty well, especially after her Rehab, I did not want to use that name here, cause I didn’t want you to remember that she had been to rehab, she looks pretty cut and she seems pretty charming and full of like which make it impossible to think that she was mentally shattered once. 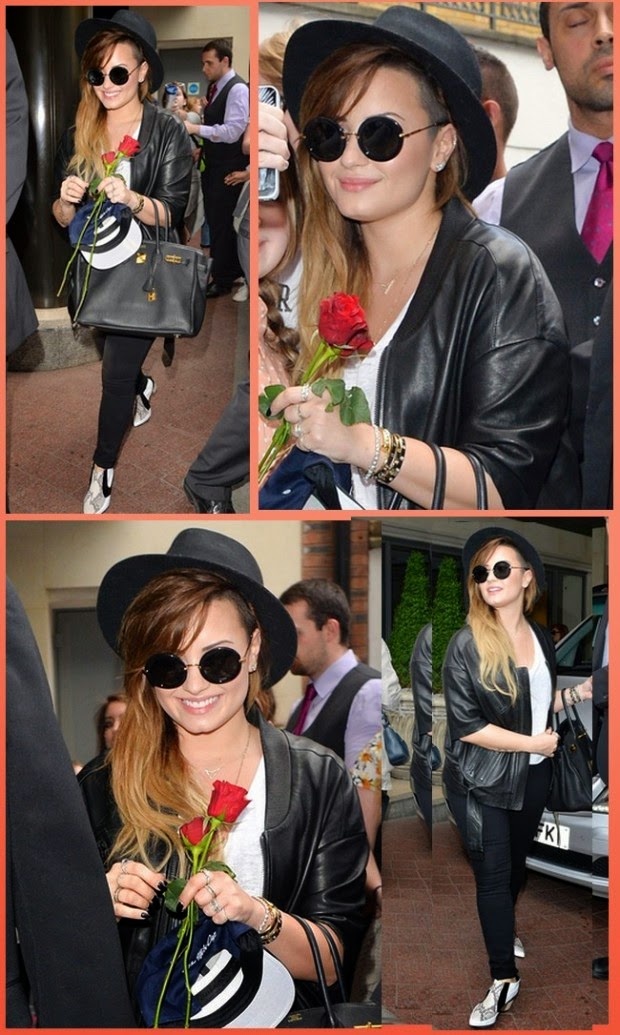 I must say she is the Real teen Queen diva, she looked absolutely cuter and adorable with her perfect sweet young looks and plenty of luxurious bracelets and rings, a simple pendant necklace, sparkling earrings and black nails made her look ever classy. Demi Lovato made things even chic with her black hat, I have seen wearing such kind of hat many times, but she looks absolutely stunning and melodious with her beautiful and bold smile.
The Camp Rock star carried her belongings in a classic black leather purse and held onto a blue baseball cap. Demi Lovato carried her beautiful flowers with her throughout the time, she just finished her final shows of her Neon Lights tour, performing at G-A-Y on Saturday night and then at KOKO on Sunday and she rocked each and every show, even though her shows were pretty hectic, since she posted one simple tweet on her page, 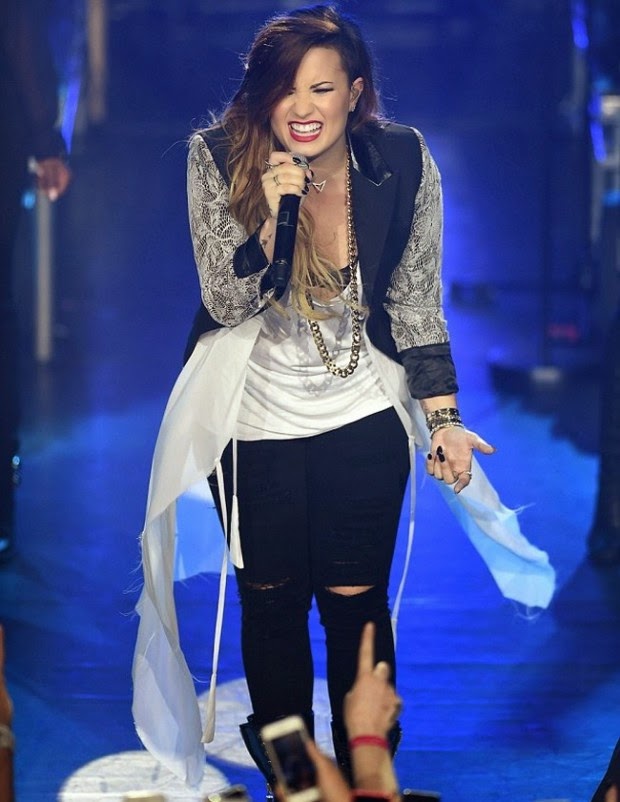 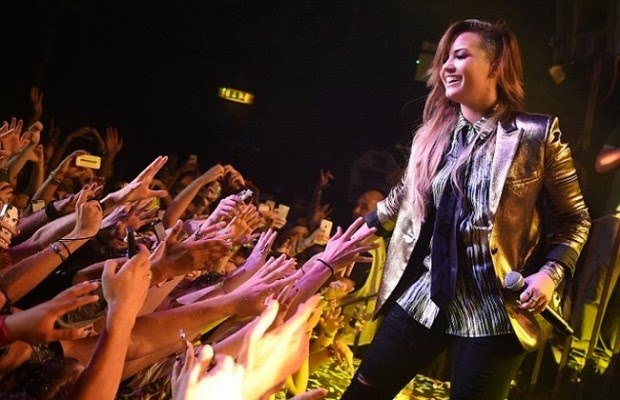 Before I do my show, can I take an eight hour nap? Is that possible? This tweet shows she was pretty tired, but it did not look during her shows, these were full of energy and music.WE all love Demi Lovato, but it seems she loves her fans too.